Despite an uplift in crop gross margins, farmers are feeling the pinch from increasing input prices and lower yields.

"Output prices are strong across the board from cereals to milk and lamb, this will hopefully make up for any yield disappointments. Our challenge now turns to next year and fighting rapid inflation of inputs such as fertiliser and ag chemicals, which will cause us a headache."
- Ryan Gue, Farmer, Huddlestone Farmers Ltd.

As the nights get shorter and tractors spend more time in sheds than in fields, it’s the time when farms can start to analyse what went well in the previous season - and what didn't go so well. We caught up with Ryan Gue, of Huddlestone Farmers, a mixed dairy, sheep, beef and arable farm with holdings in West Sussex and the Scottish Borders, about harvest 2021 and the implications for the year ahead.

The 2021 growing season has been challenging for many growers, despite crop gross margins benefiting from an uplift in prices. In addition, average yields and increasing input prices are hampering farmers from enjoying the full benefit of the margin uplift  This could lead to further problems in the months to come, with the input costs already accumulating for the 2022 season.

Being able to assess the impact of changes in market conditions, as well as the other variables in farming (such as yield, harvest date, input costs), will be crucial as farmers plan for the year ahead.

For Ryan, arable crop yields on the farm were pleasantly surprising after a challenging start. ‘Whilst yields weren’t what I would hope for, considering the terrible establishment conditions and dry cold spring the crops have fared well. We trimmed back our fungicide and fertiliser considerably due to conditions and with healthy wheat prices I hope we will still have a good margin to make.’

On the whole, arable crop yields were close to the average for the UK. According to the most recent AHDB harvest summary, yields of Winter Wheat are estimated to be around 8.1 - 8.3t/ha, Winter Barley at 6.9 - 7.1t/ha and Oilseed Rape at 3.3 - 3.5t/ha. 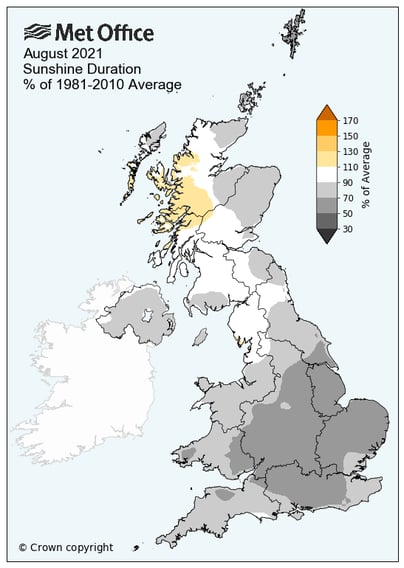 Whilst August wasn't necessarily wetter than average across much of the UK, it was a very dull month and this meant that when rain events did occur - it took a long time to dry naturally and led to more crop drying than in recent seasons. The Met Office climate anomaly maps for August 2021 show somewhere between 50-70% of the average sunshine duration for much of the arable area of the UK.

It has ended up being a relatively good year for growing grass for grazing or forage, although grass growth was behind the long term average until late May this year.

This was the case in West Sussex, Ryan says, "Yields have been much better than expected. The first cut was slightly light due to a cold dry start but rain came just in time to save the second cut as well as giving a good third cut and quality has been good throughout with good dry matter digestibility (DMD)."

This boost in yield has had an impact on other areas of the Huddlestone Farmers business says Ryan,

"This also enabled us to finish lambs earlier than usual at much better than normal prices meaning the grazing platform is less pushed this autumn. We hopefully won’t be making haylage on the 24th of November like last year!"

It was also a good year for Forage Maize, with good growing conditions once the crop was in the ground, after a slower start in the spring. According to Ryan, ‘Yields have been much better than expected. A delay in drilling due to a cold start has delayed harvest, but we have been forced to cut crops high to make sure it will all squeeze in the pit which is a nice problem to have, and this will make great quality forage for the winter.’ 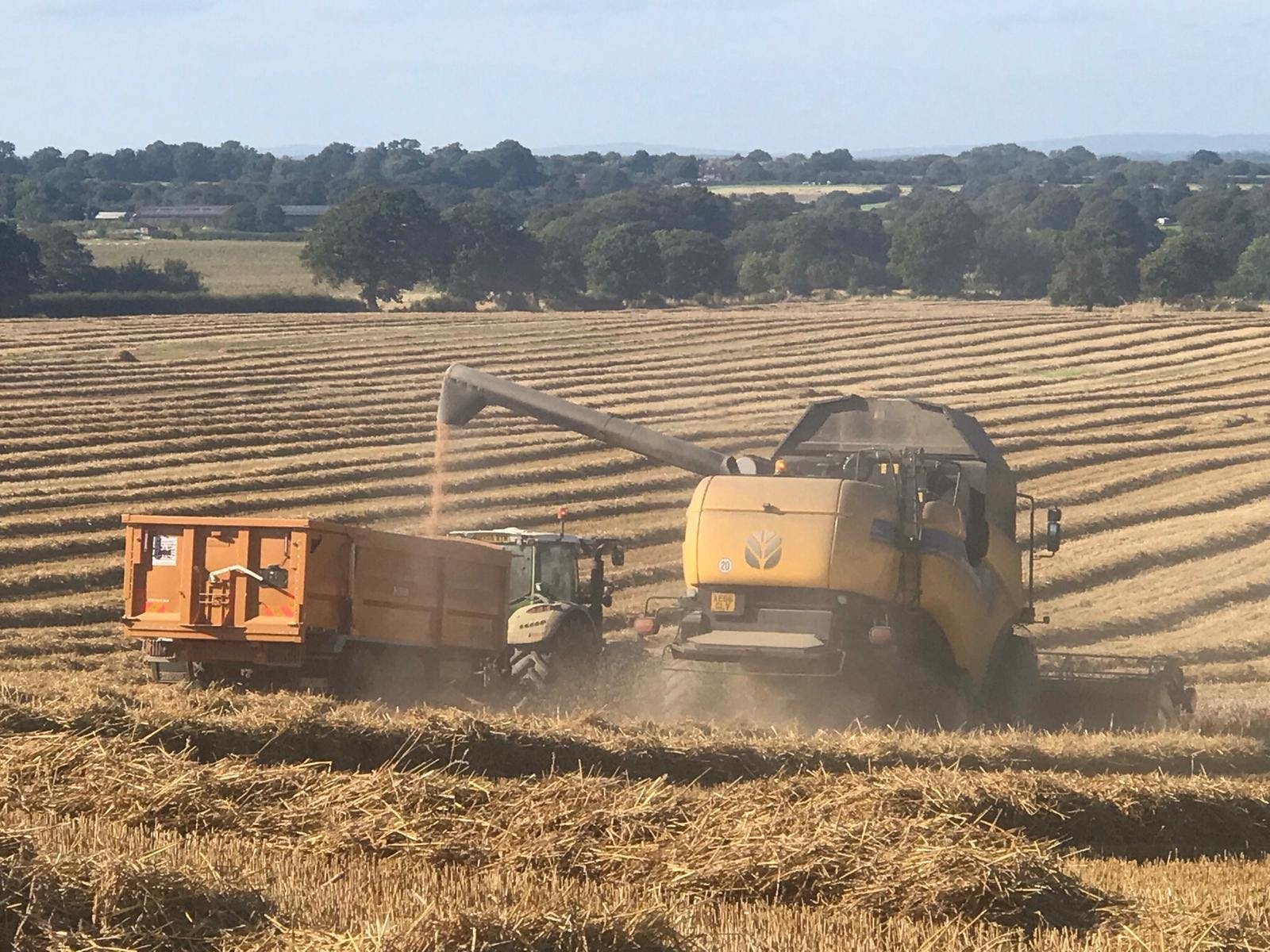 With another challenging season under the belt, and as attention turns to the 2022 year, it is a good time to make assessments of farm profitability and understanding cash flow.

Figured enables farmers to get real-time insights into the health of their business, utilising live feeds from cloud-based accounting platform, Xero. Farmers are also able to collaborate on one set of live data with their accountants and advisors, leading to more informed conversations and decision making.

If you’d like to find out more about how Figured makes it easy for farmers and advisors to get a clearer picture of their farm finances, get in touch with us today. 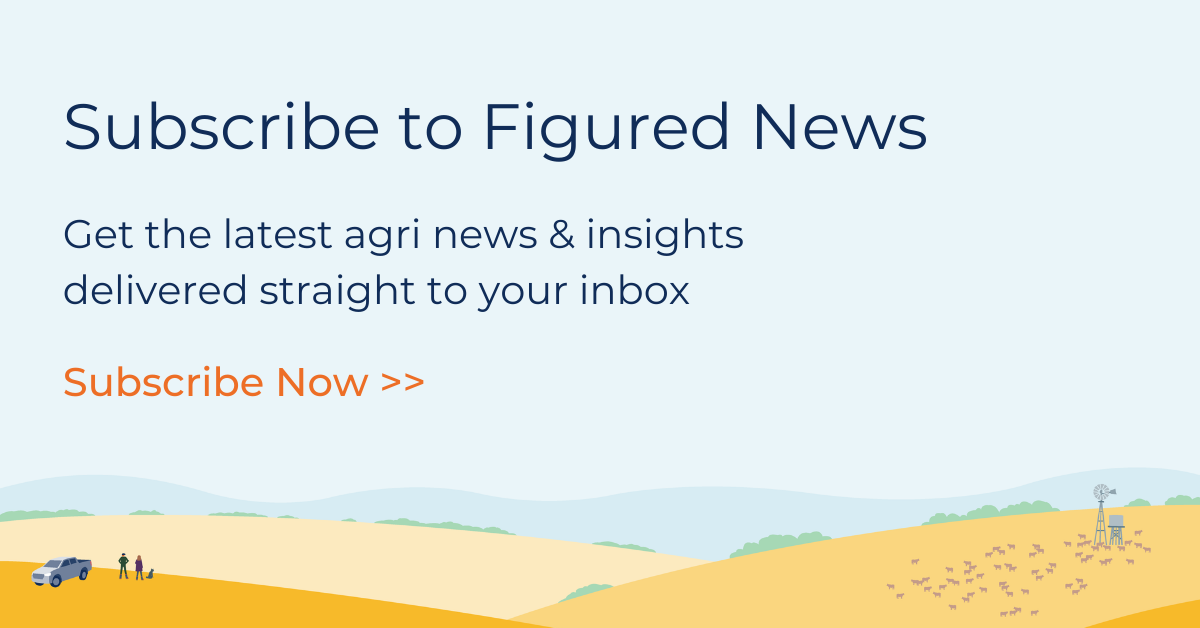