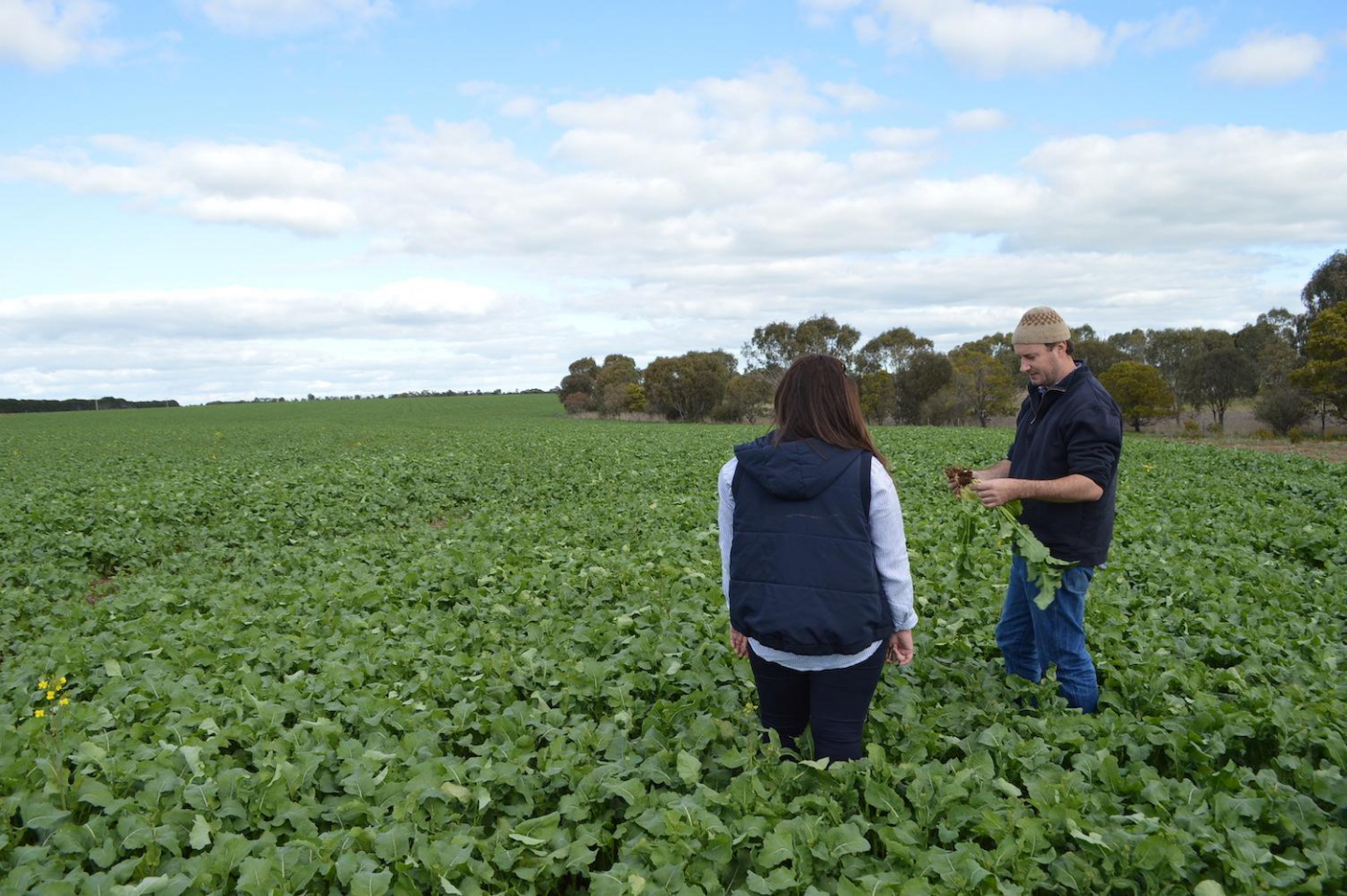 John and Jess Skermer are the fourth generation to farm the family land in Chatsworth, Victoria. With three kids, their 1700 acre mixed cropping and merino sheep farm is the ideal place to raise their family, while contributing to their long-standing farming legacy.

It means though, that life is busy. John spends around half of his time out on the land, and the other half behind his desk, taking care of business. Having now been custodians of the land for around 8 years, the Skermers’ focus is firmly on achieving great farm productivity. While traditional farming techniques have been passed through the generations, John and Jess have also sought out new ways to get more out of their land.

A part of that has meant turning to financial advisors, Mulcahy and Co, for advice around managing their cashflow, improving their relationship with their bank and thinking about succession planning. John and Jess met the Mulcahy team at a regional field day four years ago. Since then, advisors, Rachel and Bronte, meet with the Skermers once a month on-farm, helping them upskill on financial management platforms, Figured and Xero.

The value that Figured and Xero provides was brought home in a dramatic way in 2016. It was lined up to be one of the Skermer’s best years on the farm, however a devastating rain event in September wiped out all their canola. Two months later, a frost wiped out 90 percent of their wheat crops.

The impact was catastrophic, but the Skermers, along with Rachel and Bronte, had to quickly make a decision about how they would move forward. After the damage was calculated, with numbers entered into Figured, John and Jess had a clear understanding of where their finances stood.

“The beauty of Figured is that when something like this does happen, it’s just a matter of updating your numbers, bringing your yields down and putting actual figures in. You’re not going cap-in-hand to the bank, trying to paint a picture that isn’t true. You’ve got all the information in front of you”, says John.

Because the Skermers had access to up-to-date financial data for their farm, they were able to go into the bank with confidence that they had a direction going forward. From the bank’s perspective, not having to deal solely with historical data meant that the Skermers risk profile was low, as they could see that they were prepared and had a financial plan.

“John and Jess’s story is very relatable to a lot of young farmers in Western Victoria. They’re trying to grow their business, they’ve got young kids, so they’re trying to do a lot of things at once. If you weren’t using this software, you really wouldn’t understand what was going on in their business and it would be very hard to then give them advice and ideas”, explains Bronte.

Now, with the support of Mulcahy and Co, and a strong partnership with their bank, they’re on track and they’re excited.

“The future looks really good for us now”, says Jess.