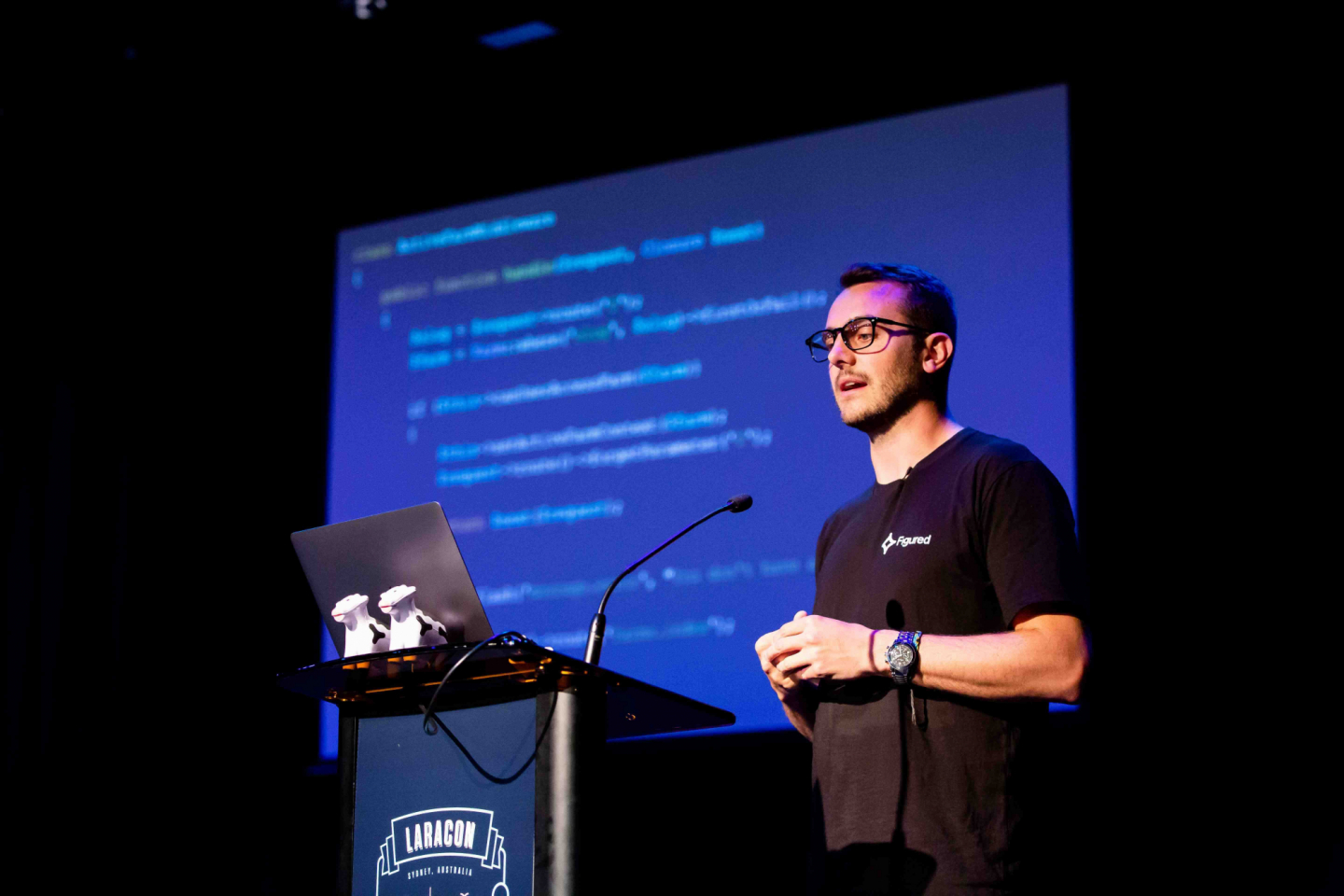 Figured was a gold sponsor at the inaugural two-day Laracon AU 2018 conference held at the Monkey Baa Theatre in Sydney, Australia on October 18-19. It was a fun-filled congregation of developers, project managers, and product experts from Australasia and Asia.

Laracon is geared towards evangelising Laravel, a game-changing web framework introduced in 2011. It has since matured into an enterprise-ready framework that has continued to make product development much easier, being used not only by Figured, but also by Fortune 500 companies the world over. In the same vein, we use Laravel to deliver a robust app to empower thousands of farmers, accountants, and bankers across the world to make farm financial management simple and effective.

For a first-time event, Laracon AU did extremely well in gathering a huge crowd and having prominent speakers engage the audience with their talks, tutorials, and ideations. That being said, our very own Alex Lüneburg and Richard Wyke received great applause with their talk: “Building a complex product while scaling a team and a business on Laravel.” which detailed how Figured grew side-by-side with Laravel from the company’s humble beginnings as a small office operation to a farm financial management solution available in Australasia, North America and the UK. Thousands of farmers, accountants, and bankers rely on Figured to make smart business decisions.

The day 1 after-party was nothing short of spectacular! We were able to bowl and socialise with fellow conference attendees at Kingpin Darling Harbour. We were just next to Taylor and his crews’ settee area. We think Zainab did a good job heckling them. They really had a hard time striking those pins!

We hope we’ve inspired developers and other professionals who were in attendance. We had good fun at the land down under!

Now its Richard who's missing

Laravel was obviously the right framework of choice, due to its ease of use, reliable documentation, and bustling community of talented developers. With Laravel, our developers can focus on building great user experiences.

The Figured talk and all other talks will soon be uploaded in StreamACon.com (the official Laravel video archives) some time mid-November. Stay tuned!